Confronting Exceptional Disease: The Lessons and the Future 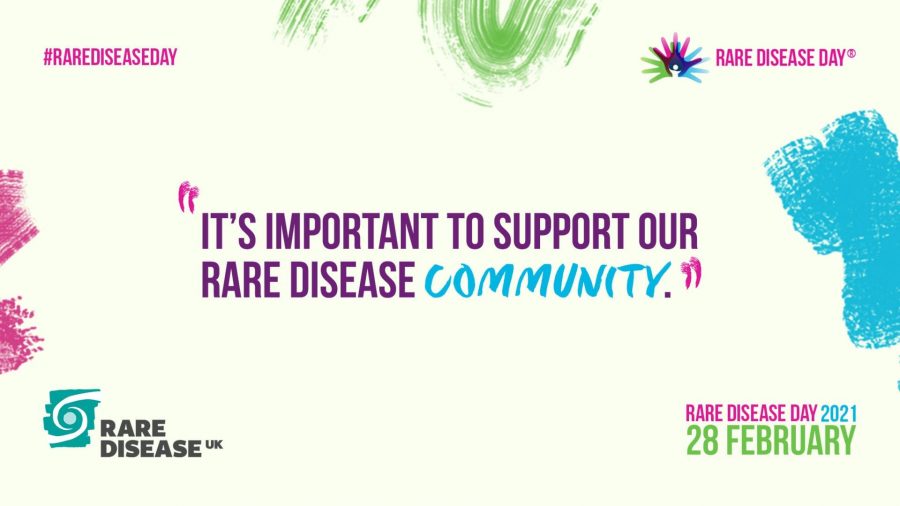 One year of mass trauma and 100,000 deaths have presented the wider public with the experience of the frailty of health and social care, access to treatment, and economic, education and social exclusion not to mention anxiety and fear in the face of an unfamiliar malevolent illness.

Yet all of these experiences and frustrations have been familiar for decades among the 185,000 people in the Welsh rare disease community1. A recent survey by the charity Genetic Alliance UK of more than 1,200 organisations and individuals from the rare disease community reveals the range and depth of dilemmas and that these millions of people are not properly provided for.

On Wednesday an unprecedented meeting involving all 4 UK health rare disease ministers and parliamentarians is taking place when Angela Burns MS will unveil a report with a series of recommendations highlighting key issues affecting people living with rare conditions across Wales. These recommendations are from the Cross Party Group for Rare, Genetic & Undiagnosed Conditions chaired by Angela Burns which has consulted with the Welsh rare disease community.

There are four priorities within the recommendations: mental health; access to rare disease medicines; the impact of COVID-19 on people affected by rare conditions; lessons learned in recent years. All of these will inform the future Welsh Action Plan in response to the UK Government’s recently published Rare Disease Framework. The framework promises to provide ‘action plans’ for these priorities for each of the four nations by the end of 2021.

Genomics Partnership Wales (GPW) was established in 2018 to establish a united approach to genomics in Wales. Two of GPW’s partner organisations are the All Wales Medical Genomics service and Wales Gene Park and both have been instrumental in delivering Welsh Governments’ Genomics for Precision Medicine Strategy, of which rare disease forms a significant component. The strategy outlines the ambitious agenda “to create a sustainable, internationally competitive environment for genetics and genomics to improve health and healthcare provision for the people of Wales”.

The voices and perspective of people living with rare conditions are critical in informing future action plans. The survey by Genetic Alliance UK conclusively found that people with rare conditions are insufficiently served by the system with half reporting no improvement of care over the past five years and one-fifth saying it had got worse. Nearly two thirds of patients report that their care has been disrupted by Covid.

Additionally more than 40 per cent of people have to wait more than five years for a diagnosis with nearly a third reporting that they had been misdiagnosed two or three times. Three quarters of people report the total absence of a care plan with many having to provide their own care coordination. Two thirds of people say that the system of providing treatment is too slow while almost all say not enough money is dedicated to rare disease medicines.

These findings represent people like 19-year-old Fern Cockerell and her mother Sally-Anne Ashdown, a benchmark example of living with a rare condition. Fern has a gene mutation associated with the pancreas. For years the family had difficulty persuading healthcare professionals of the severity and dimensions of her symptoms before two years ago she became the youngest person in the country to undergo major surgery to redesign her internal organs. This has proved successful. Sally-Anne says: “From age fourteen to seventeen, Fern spent more time in hospital than out of one. Our son’s needs were often overlooked as Fern’s health became so pressing. Fern fell out of her friendship groups, lost so much time at school she left age sixteen with no GCSEs. We all as a family felt life was unsustainable.  We never found peace knowing Fern was in such awful pain 24/7.

“Fern now has a hugely improved quality of life. She is able to re-engage with friends.  Fern is also back at college. Fern also has a part time job.  Fern is now in a position to realise her ambition of becoming a midwife. In summary, Fern has her life back.

“We only wish there could be some software on rare diseases that can be accessible to all in all hospitals across the UK. Something where if medics are faced with a rare disease that they are unfamiliar with, they can type in the name of the condition into that software, where a list of helpful medications are listed, what imaging should be done, where the specialists are in the Country i.e. contact details and what surgical options are open to patients with rare diseases. We as a family felt we had to find out this information ourselves.”

Emily Steers’ two year old son Stanley has Phenylketonuria (PKU) – a rare metabolic condition which untreated can result in brain and nervous system damage and learning disabilities and seizures. There is a treatment but it is not currently available in the UK. The only way Emily can manage Stanley’s condition is to provide a virtually protein free diet. She says: “We first heard about PKU 14 days after Stanley was born. As he was our second child and our daughter is clear of PKU it was a huge shock.  As a military family we are not from Wales but are here for my husband’s work, meaning we have no family support. As PKU is rare there isn’t much support in the wider community. We have really struggled to keep Stanley’s metabolism in the “safe” zone and his relationship with food is only getting worse which could be detrimental to his growth and wellbeing. Living with a “normal” child and a child with PKU is a daily struggle as both children are young and don’t fully understand the circumstances,”

An unprecedented meeting involving all four UK health rare disease ministers and parliamentarians is taking place this week, organised by Genetic Alliance UK. The charity’s Director of Policy, Nick Meade says: “Wales and the other three nations have signed up to work across the UK to ensure that rare disease patients receive the best possible care, but exactly how they do that is the crucial question right now, and it’s the question upon which the UK Rare Diseases Framework will flourish or flounder. We need action plans that build on progress so far, that truly deliver the needs of people living with rare conditions, and which are deliverable and measurable. We know our community is ready to contribute to the plans’ development, and we look forward to seeing their vision realised with four new action plans in 2021.”