The Hunt for Coronavirus Variants 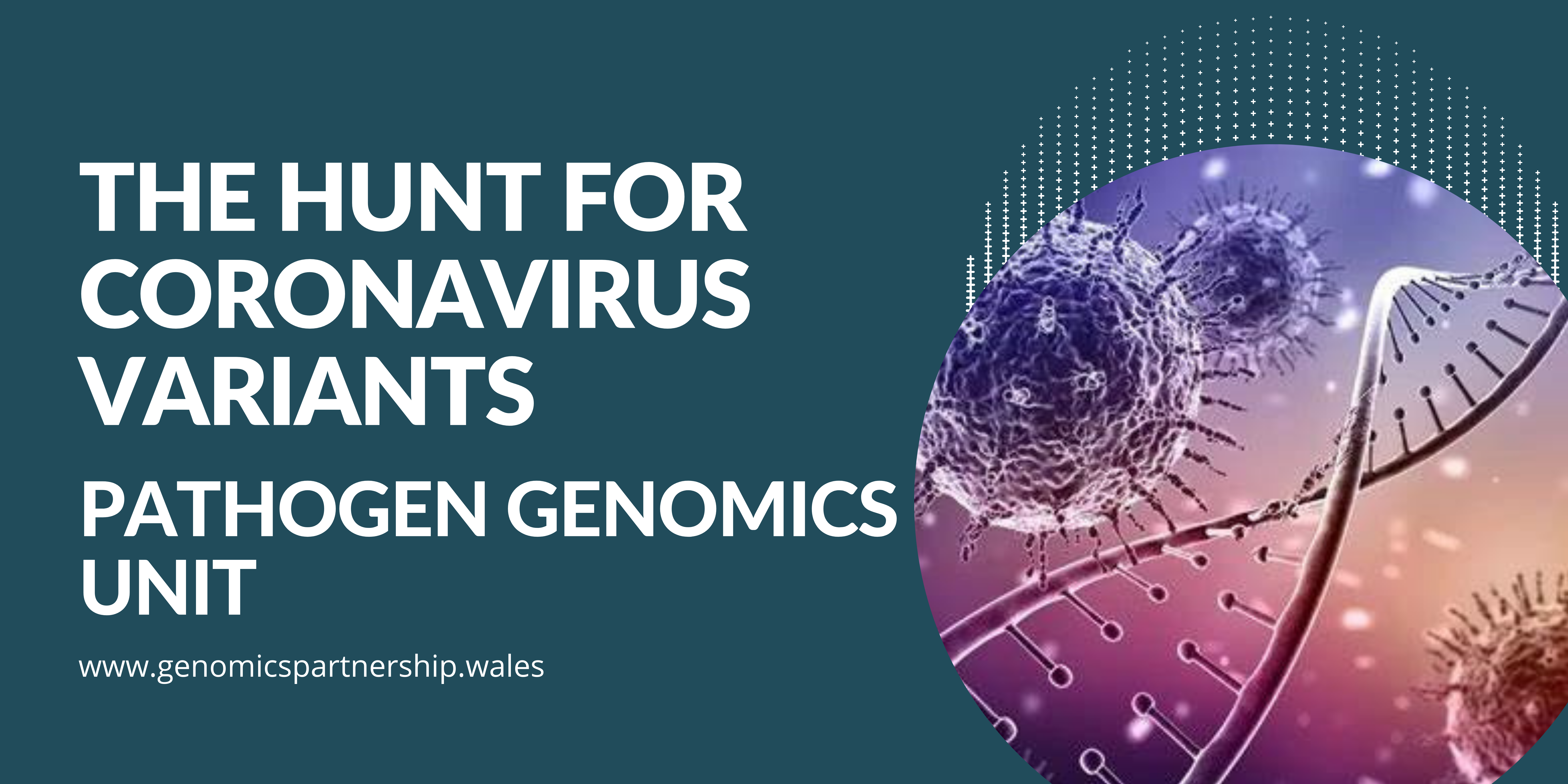 Hunting for variants requires a concerted effort. Wales as well as the rest of the United Kingdom were one of the first countries to implement nationwide genomic surveillance for SARS-CoV-2 as early as March 2020. Surveillance involves monitoring COVID positive samples from Hospitals, Health and Care workers and the wider population.

Variant hunting, as exciting as that sounds, is performed through whole genome sequencing of samples that have tested positive for the virus. This work in Wales is performed by the Pathogen Genomics Unit (PenGU), Public Health Wales. The process involves checking every COVID sequence generated by PenGU for differences and compare them to what we know is circulating in Wales and the rest of world using GISAID database (Global Initiative on Sharing All Influenza Data). This allows for the early detection of Variants and the appropriate departments being alerted to put in place Public Health initiatives such as track and trace and quarantine.

PenGU has been performing a surveillance service for Influenza since its launch in 2017. This will continue along with the surveillance of SARS-CoV-2 going forward. Surveillance and the sequencing data generated helps monitor viral spread through Wales, changes in the virus (variants) and influences vaccine production.